In the New This Week 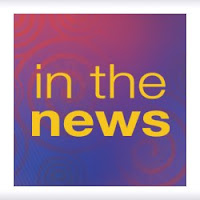 Below you'll find a report on fellow authors standing behind the dis-invited Ellen Hopkins, good news on the children's hardcover sales front, tips on Facebook privacy after the rollout of Places, an interview with boundary-breaking Tony DiTerlizzi, the release of this year's make-us-all-feel-old Beloit College mindset list, J.D. Salinger's toilet for sale, a dating site which aims to make lovers out of book lovers, and more.

Authors Withdraw from Teen Lit Festival (PWxy)
Blogs, Twitter, and Facebook have been abuzz in the last 24 hours with news that four YA authors have pulled out of the annual Teen Lit Fest in Humble, Tex., a Houston suburb. The authors withdrew in support of writer Ellen Hopkins, who announced in a blog post last week that she had been disinvited from the festival, which is organized by the Humble Independent School District, and is scheduled for January 2011. In the post, entitled “Censorship Bites,” Hopkins announced that her invitation had been revoked after a middle-school librarian and parents approached a superintendent and the school board about her participation.

ABC and ABA to Present Merger Plan in September (PW)

It’s been over a year and a half since the Association of Booksellers for Children first began exploring the possibility of merging with the American Booksellers Association as one way of securing its future. Now that possibility is moving a step closer, with the release of a merger plan early next month, and a vote in October.

The Facebook Places Privacy Settings You Need To Know (All Facebook)
When Facebook launched their Places product yesterday they also released a new set of privacy settings. One feature that has attracted a fair amount of buzz is the ability for your friends to tag you in different places. That means you may not actually be somewhere, yet your friends will tag you as a joke and now you’re showing up at a random strip club. Granted, your friend will need to check in at the strip club as well to make that joke a reality, however I know we all have at least one of those friends! Read on to learn how to configure your settings properly.

E-books vs. Traditional Books [Infographic] (HuffPo)
Amazon recently announced that its June 2010 Kindle e-book sales nearly doubled its hardcover book sales (180% higher). Many of those e-books were self-published books priced under a dollar; however, data indicates e-books may become the dominant long-form format in not too many years.


Tony DiTerlizzi pushes the boundaries of bookmaking with his latest, The Search for WondLa (S & S), which combines a traditional novel with a graphic novel and the interactivity of a computer. SLJ spoke to the award-winning author and illustrator about the inspiration and creative process behind this augmented reality children's novel, what's in store for books two and three, and a Wondla movie already in the works with Paramount Pictures.

Like Stieg Larrsson? Let's Date! Can Books REALLY Lead To Love? (HuffPo)
Chin Ma is 25 and looking for love. He paddles regularly in the dating pools online, paying fees to navigate millions of profiles based on lengthy checklists and compatibility formulas. So how'd he find his latest prospect? Through a book by Andy Warhol on Alikewise.com, a newcomer looking to connect people free of charge based on their favorite reads. It's a unique approach in a recession-hardy industry that has dozens of niche sites serving potheads to pet owners, millionaires to Mac lovers.

J.D. Salinger's Porcelain "Throne" For Sale (GalleyCat)
Step right up and place your bids for J.D. Salinger's used toilet.
The Vault of Forsyth Inc. (boasting 99.2% positive seller feedback) posted the item on eBay. The price tag is $1 million or your best offer. A million might seem like a lot to ask, but at least the shipping is free. This deal also comes with a letter from Joan Littlefield who, along with her husband, owns Salinger's former residence in Cornish, NH. As of 2:51pm on 08-18-2010, 18 bidders have thrown down. Bidding will end on September 4th 2010 17:06:30 PDT.
Posted by SCBWI at 1:12 PM