The 2022 Eisner Nominations - A Guest Post by Nanette McGuinness

The Will Eisner Comic Industry Awards, aka the Eisner Awards, are the Oscars and Nobel Prizes of the comics world. Nominated and voted on by industry professionals, the Eisner Awards annually celebrate excellence in several dozen categories. Children’s graphic novels in translation lurk throughout but normally are clustered in the children’s and international categories.

Surprisingly, this year’s children’s nominees were translation-less—although you will find a number of  fabulous graphic novels for children originally written in English among them. And there were very few GNs in translation for either the youngest or middle grade readers in any of the other categories either. However, several excellent upper YA/crossover GNs  did appear in the two international categories, plus also scattered elsewhere.

Much like reading the Newberys, reading the Eisners can be a fun way to learn about the genre they honor. To help get you started, here are my personal favs from this year’s crop of translated graphic novels suitable for upper YA readers.

Nominated in two categories—Best U.S. Edition of International Material and Best New Graphic Album—Ballad for Sophie is the touching fictional  tale of a reporter interviewing a reclusive, crankily retired pianist about his life and career. Well-plotted and beautifully drawn, this fabulous GN deals with World War II collaboration, maternal cruelty, talent, rivalry, self-loathing, and much more. There’s a great reveal as well as the sheet music for an original composition (yes, it’s totally playable). I’m always a sucker for a good story based on music and musicians, and this one is excellent. Ballad for Sophie was originally written in Portuguese.

My other favorite is Factory Summers, a quiet coming-of-age memoir by well-known Canadian cartoonist Guy Delisle chronicling his series of summer jobs at the paper mill where his divorced  dad works… not that they have much contact there or elsewhere. Clearly a misfit at the factory and much more interested in art than a career at the mill, the author learns the ropes in the male-dominated blue-collar world he temporarily visits, all the while preparing to leave it for good. Along the way, readers experience the awkwardness that most teenagers feel trying to be an adult in a summer job as well as the paper and pulp mill floor, male non-communication, toxic masculinity, and more. Factory Summers was nominated for Best Graphic Memoir and was originally written in French.

is a terrifying and outstanding  autobiography of a fine arts student’s descent into--and reemergence from--epilepsy caused by a brain tumor. Second, nominated for Best U.S. Edition of International Material and based on the author’s childhood, The Parakeet tells the story of a mother’s unsuccessful struggles with mental illness as seen through the heartbroken eyes of her eight-year-old son, Bastien.

For a much lighter read, Spy X Family is back in the Eisners again for best U.S. Edition of International Material from Asia. I waxed enthusiastically about this quirky manga in 2021 and my enjoyment of the series hasn’t waned. Plus you can now even watch it as an anime! Curious about the series or want to dip your toe into Japanese manga in general? Read about Spy X Family here.

Except when the pandemic was at its zenith in 2020-21, the Eisner winners are announced every July at the annual San Diego Comic Con extravaganza. Check out the list of the 2022 nominees, do some reading to decide your own personal favorites, and then take a peek to see which comics actually won this year.


Translated from the Portuguese by Gabriela Soares


Written and Illustrated by Guy DeLisle


Translated from the French by Helga Dascher and Rob Aspinwall

Written and Illustrated by Élodie Durand

Translated from the French by Edward Gauvin


Written and illustrated by Espé


Translated from the French by Hannah Chute


Written and illustrated by Tasuya Endo

Translated from the Japanese by Casey Loe 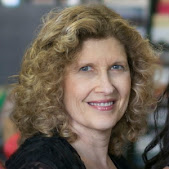 Award-winning opera singer Nanette McGuinness is the translator of  over 80 books and graphic novels for children and adults from French, Italian, German and Spanish into English, including the much loved Geronimo Stilton Graphic Novels. Two of her translations, Luisa: Now and Then and California Dreamin’: Cass Elliot Before the Mamas & the Papas were chosen for YALSA’s Great Graphic Novels for Teens; Luisa: Now and Then was also a 2019 Stonewall Honor Book. Recent translations include Makhno: Ukrainian Freedom Fighter); Rosa Parks; Magical History Tour: Vikings, Tiitanic, Gandhi, and The Plague, Bibi & Miyu #2, LGBTQ YA manga Alter Ego and Sirius, and the critically acclaimed A House Without Windows.

Posted by Nanette McGuinness at 12:00 AM