"Where Are The People Of Color In Children's Books?" and "The Apartheid of Children's Literature": Walter Dean Myers and Christopher Myers Raise Their Voices

Of 3,200 children’s books published in 2013, just 93 were about black people, according to a study by the Cooperative Children’s Book Center at the University of Wisconsin.

Here are two important responses for us each to consider: Walter Dean Myers' opinion piece in the New York Times is "Where Are The People Of Color In Children's Books?" 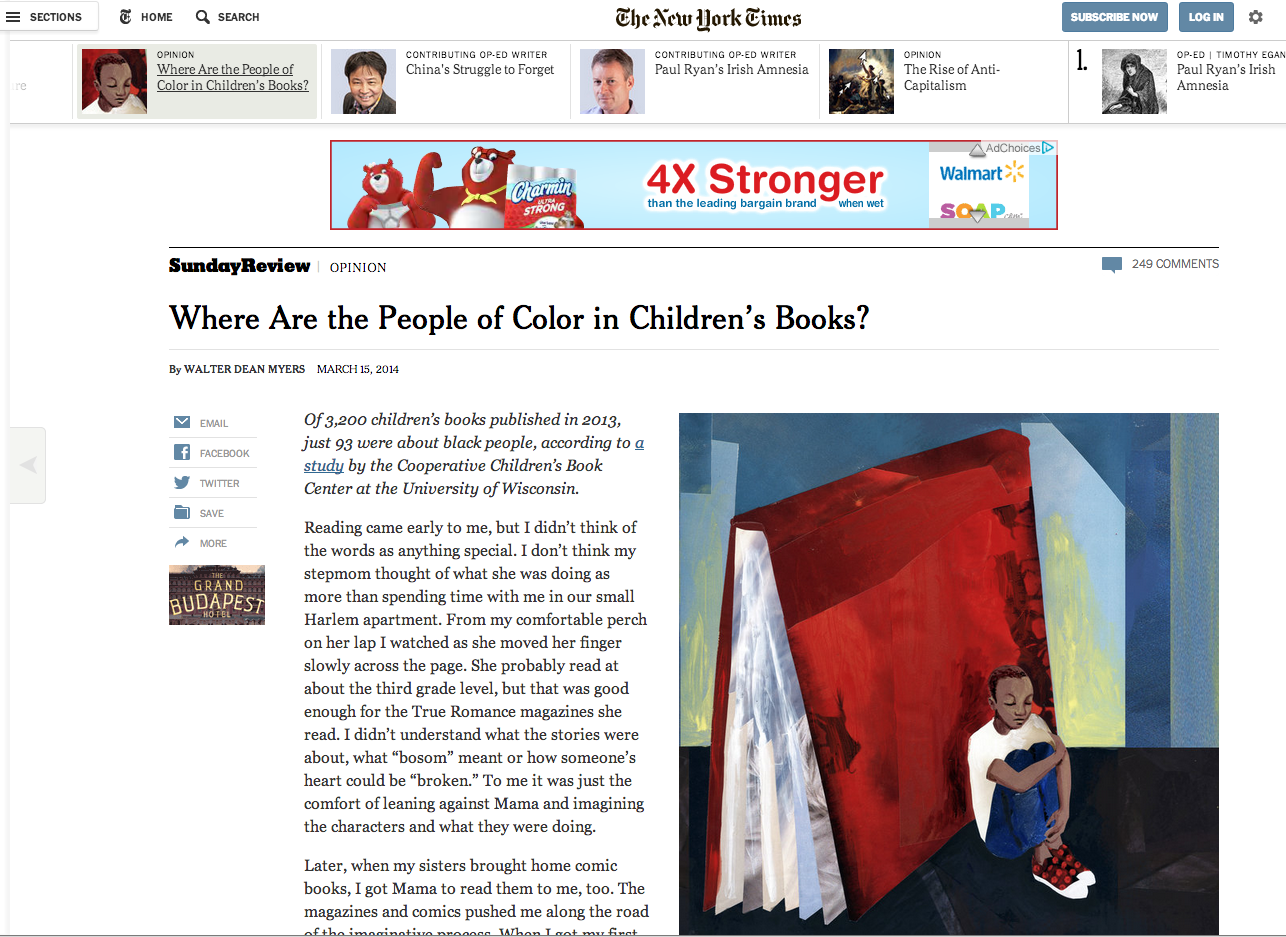 He speaks, so eloquently, of how

"TODAY I am a writer, but I also see myself as something of a landscape artist. I paint pictures of scenes for inner-city youth that are familiar, and I people the scenes with brothers and aunts and friends they all have met. Thousands of young people have come to me saying that they love my books for some reason or the other, but I strongly suspect that what they have found in my pages is the same thing I found in “Sonny’s Blues.” They have been struck by the recognition of themselves in the story, a validation of their existence as human beings, an acknowledgment of their value by someone who understands who they are. It is the shock of recognition at its highest level."


And then, Christopher Myers (Walter Dean Myers' son) responds to the same jarring statistical evidence of the lack of characters of color in children's books in his own New York Times piece, "The Apartheid of Children's Literature. 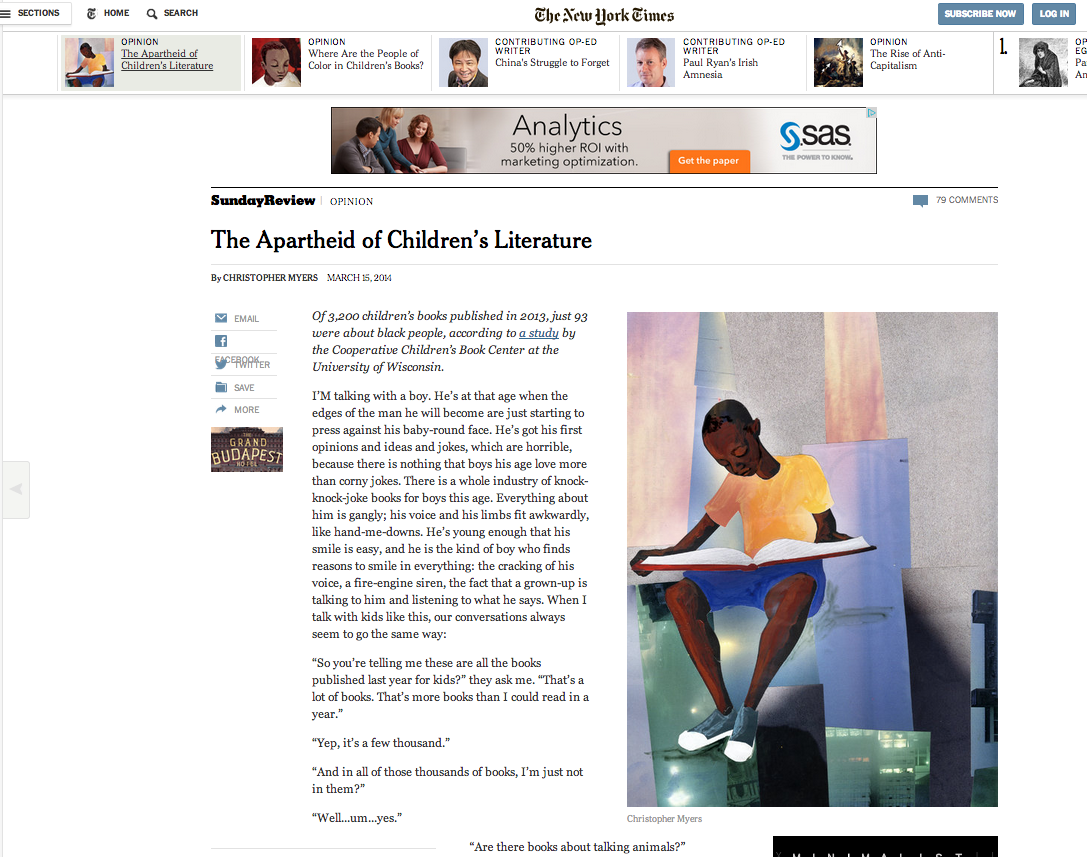 Christopher writes about books as maps for a child's sense of possibility, and how, in a world where children of color aren't well represented in all types of children's literature, "The cartography we create with this literature is flawed."

He also speaks about the villain in this,


"The closest I can get to the orchestrator of the plot — my villain with his ferret — is The Market. Which I think is what they all point to because The Market is so comfortably intangible that no one is worried I will go knocking down any doors. The Market, I am told, just doesn’t demand this kind of book, doesn’t want book covers to look this or that way, and so the representative from (insert major bookselling company here) has asked that we have only text on the book cover because white kids won’t buy a book with a black kid on the cover — or so The Market says, despite millions of music albums that are sold in just that way."

This is an important conversation to have - both externally in our industry and internally, as creators of works for children. How are WE representing the worlds of our stories? What scenes - what maps are we drawing?

Good questions to ask - and then act upon.

ps - My thanks to Lesley for the heads-up on these opinion pieces!
Posted by Lee Wind, M.Ed. at 3:00 AM