Three highlights of the summer news in our industry: 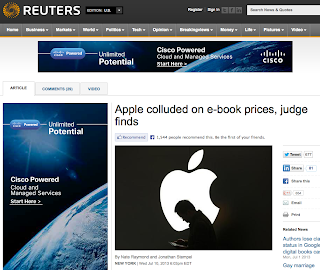 1. "In a sweeping rejection of Apple Inc's strategy for selling electronic books on the Internet, a federal judge ruled that the company conspired with five major publishers to raise e-book prices."  Read more about the decision at Reuters, CNN, and TIME. 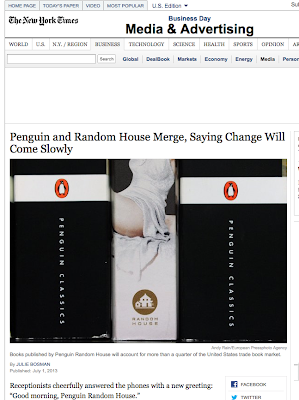 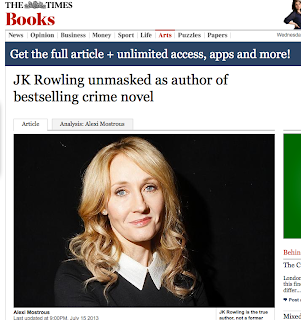 3. "The Cuckoo's Calling," published in April and credited to debut novelist Robert Galbraith turns out to have been a pseudonym of J.K. Rowling, the author of Harry Potter fame. "Despite excellent reviews, it sold few copies — until now." With the revelation of the actual authorship, "It has soared to the top of Amazon's and Barnes & Noble's best-seller lists as publisher Little, Brown rushes to print 300,000 new copies, which it plans to ship to stores later this week." Read more at USA Today, The New York Times, and this Sunday Times article of how they cracked the secret.

** an update: Publishers Lunch reports today, Friday July 19, 2013 that the secret was leaked by Rowling's law firm.  One of the lawyers told his wife's best friend, and that person tweeted the secret.  Read about this latest development at Publisher's Lunch and at TIME.**