Knuffle Bunny. Harry Potter’s invisibility cloak. Katniss’s Mockingjay pin. All of these objects show us something important about the main character and carry significance to them and to the story.

Knuffle Bunny, in Mo Willems’s series, is an object that Trixie can’t live without. It is her comfort object, and only Knuffle Bunny itself will do. The invisibility cloak is useful to J.K. Rowling’s plot in practical ways, but it means something to Harry because it was given to him by Dumbledore and was once owned by his father. The mockingjay pin, given to Katniss by a friend before the games, is meant to remind her of her District and boost morale, but through the series it comes to symbolize the rebellion, and Katniss herself comes to be called the Mockingjay.

In each case, an object takes on significance because of how characters interact with it. They endow it with meaning. That meaning can grow and change over the course of the story. Used effectively, the presence or absence of the object can signal the emotions of the character or evoke emotions in the reader. 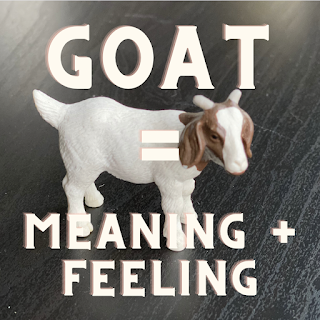 As you’re writing, consider adding objects and endowing them with meaning. Here are some writing exercises to help you find and leverage objects in your story.

YA author David Macinnis Gill suggests an exercise to connect objects to character relationships (you can read his explanation of it here):

These scenes may not end up in your final product, but they can teach you a lot about your character(s) and give you ideas for possible endowed objects.

Look at your work in progress and notice what objects are already there. Are there any that stand out as meaningful or possibly meaningful? Pick an object and write more about it. How did the character get the object? What memories surround the object?

Hint: Use the Object Throughout the Story

You can also show us the character’s emotions by how they interact with the object. In my work-in-progress, the main character gives her mom a necklace for Christmas. Later, when her mom is in the hospital, the main character starts wearing the necklace herself. At some point she loses it in the bottom of her backpack. Near the end, she gives it back to her mom.

The main character’s process of choosing the necklace and the mom’s reaction endow it with meaning–it is something that shows they care about each other in the midst of a tumultuous relationship. When the main character puts on the necklace, we can infer that she wants to feel closer to her mom while they’re separated. Losing it could signal that she is discouraged or mad at her mom or that their relationship is on the rocks. Giving it back shows a return to closeness, or at least a desire for connection.

(For a full analysis of how objects can effectively create emotion over the course of a story,  check out this post on the animated film The Mitchells vs. The Machines.)

The object becomes a tool for show, don’t tell. You can show readers your character’s emotions by endowing an object with meaning and then showing the character’s interaction with that object at various points in the story. Not only will you communicate how your character is feeling, you’ll evoke emotion in your readers as well. 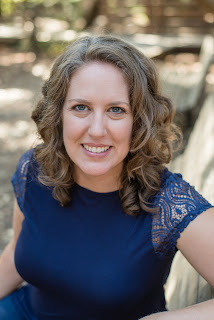 Anne-Marie Strohman writes stories for children of all ages, from picture books to YA. She holds an MFA in Writing for Children and Young Adults from Vermont College of Fine Arts. She has presented at SCBWI events in multiple regions, and she founded, co-edits, and writes for the blog KidLit Craft (kidlitcraft.com). She’s the current Scholar-in-Residence for the SCBWI San Francisco/South region. She has a little plastic goat figurine on her desk that’s endowed with creativity; she found it at a kids’ shop in Northampton, Massachusetts, on an artist’s date nearly two decades ago, and it still provides inspiration.