Got a Six-Figure Deal? Agent Jennifer Laughran helps us do the numbers...

A six-figure deal sounds impressive. And it is. But when you break down your actual income from a two-book, six-figure deal the numbers are... well, as Jennifer puts it in her blog post, REAL TALK: $ix Figure Book Deal$,


it's not exactly "bathe in champagne" time. 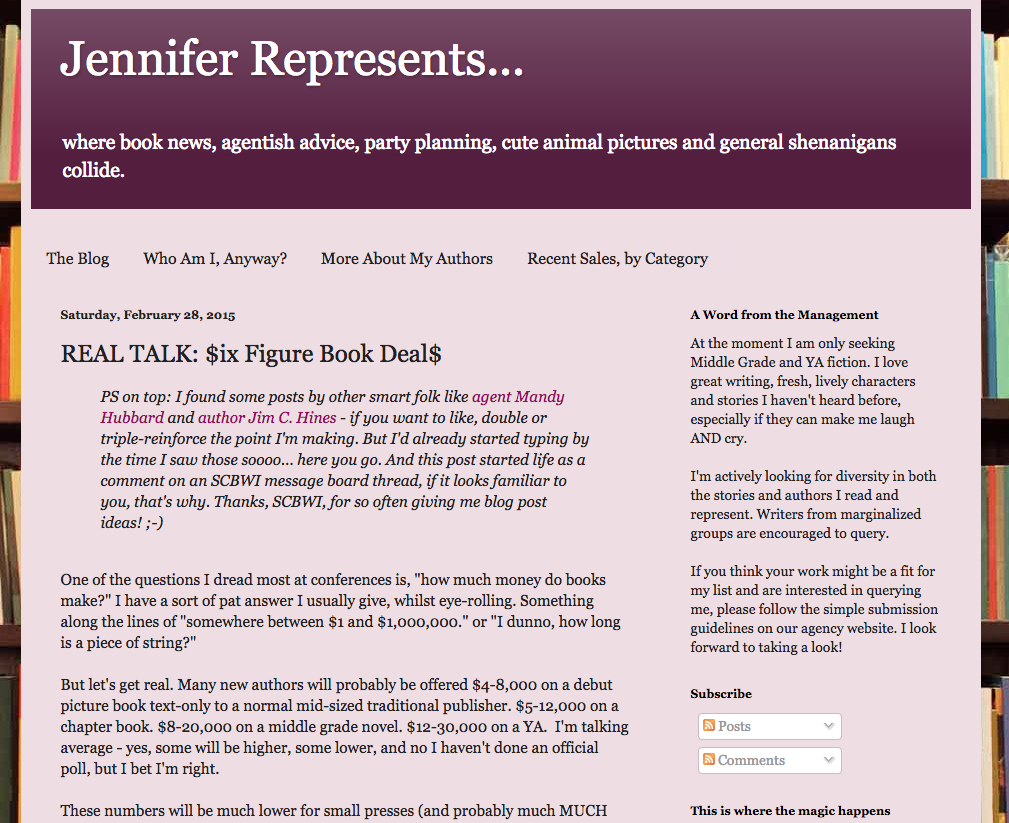 After factoring in commission, taxes, expenses, and the multi-part payouts, in Jennifer's hypothetical $100,000 two-book deal signed for a client in March 2015, that client would earn about $60,000 --spread out over the course of four years. As she writes,

The point of the exercise isn't to rain on anyone's parade, but to help us have more realistic expectations about the money side of writing for young people. Both what the average advances might be (she covers PB, MG and YA) and even what it means when we DO land one of those impressive six-figure deals.

The single best thing you can do for your career is KEEP WRITING GREAT BOOKS.

Enough of me telling you about the blog post. Go read it yourself. Knowledge is power.