With SCBWI Team Blog Member Martha Brockenbrough's debut fiction novel coming out this year, she was inspired to share with us what being part of SCBWI has meant to her and her professional journey.  She also asked a number of other 2012 debut authors to share their best lessons from being part of SCBWI.

It’s been so long since I first started coming to SCBWI conferences that I can’t quite remember the year I joined, although I think it was in 2005.

I do remember, though, when I wrote my first picture book manuscript. My daughter was four months old at the time. This August, during the SCBWI national conference in Los Angeles, she’ll turn twelve. My first children’s book, a young adult novel called DEVINE INTERVENTION, will have just come out. 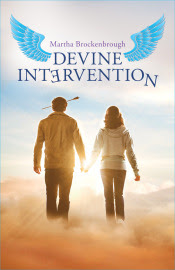 If you’d told me way back when that it would take me that long—eleven years!—to publish a book, I might have cried (and blamed it on the new-mother hormones). After all, I’d been working as a journalist and editor for a decade. I knew what I was doing, right?

No. No, I did not. And it was that notion that kept me from joining SCBWI for a few years. Who needed them? Also, I’m a complete introvert. The idea of leaving my house when I could be reading, writing, or removing my toddler from the dog food pail (where she was snacking) wasn’t all that appealing.

After my first conference, though, it rapidly became clear to me that I needed the SCBWI. I was beginning to learn how much I didn’t know. Over the years, I absolutely fell in love with my chapter and joined my advisory committee as a way of saying thanks for the support. Spending time with people who are serious about writing great books proved to be one of the best decisions I’d made.

Everyone’s path to publication is different, but during our winter conference, I asked a few of my fellow debut authors to talk about something great they’d learned through the SCBWI, because being part of this incredible organization is the one thing we all have in common. 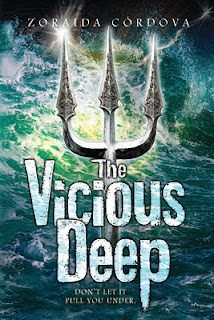 Sourcebooks Fire, May 2012, an urban fantasy about the return of mermaids to Coney Island.

“This was my first SCBWI. The best thing I learned from the conference was to write the most honest story you can. Don't be apologetic over it. Your voice and characters will speak for themselves, not the market or its trends.” 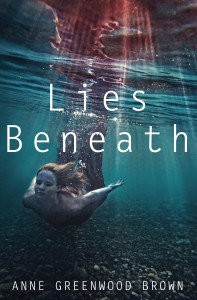 Random House/Delacorte, June 12, a YA paranormal about a family of mermaids on Lake Superior who seek revenge against the man they blame for their mother's death.

“The best thing I learned at SCBWI were revision techniques taught by Cheryl Klein, the executive editor at Arthur A. Levine Books.” 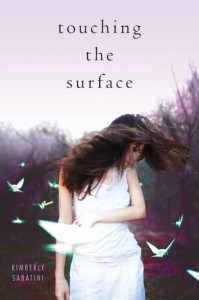 Simon Pulse - Simon and Schuster, Fall 2012, a novel about a girl named Elliot, who’s died for the third time and now she's stuck in the afterlife until she can figure out what she needs to do to right her mistakes.

“The best thing I learned from SCBWI is that I will never cease to be inspired by the authors in my tribe. “ 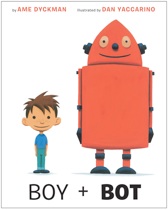 Knopf, April 10, 2012. Her picture book is a funny and sweet friendship story between a boy and a robot who find they're very much alike--despite the whole power switch thing.

“The most important thing I learned from SCBWI?  Don't be afraid to turn to the person next to you and say, "Hi!  I'm..."

fall 2012, from Simon & Schuster, a YA novel about a girl reliving her memories in the safe space between heaven and earth until she’s broken out by a boy named Julian.

“I am not there this year, but I attended last year - and have a great success story.  I got an agent offer after presenting my picture book text at the writer's intensive.  I didn't end up signing with that agent, but with another a few days later.  By the end of March I had book deal for my first YA novel, and by the end of August I had a book deal for my first picture book (with my illustrator husband Daniel Jennewein). I’m immensely grateful to SCBWI!”

Thanks for sharing, Martha. I can totally relate. Being an award-winning journalist for more than a decade, I thought writing was writing was writing. Writing for children and YA meant starting again at the bottom and working hard for years. You can be successful without SCBWI, but why would you want to go the long, hard road to publishing without the support of other writers and without the opportunity to learn and meet professionals in the business.

would you really want to go to all that effort for something you didn’t love?passion provides the juice and joy for what you do. passion will keep you going and drive you to do what needs to be done to succeed,…

Coming into SCBWI as a professional illustrator in 2005, I can totally relate to your thinking process, Martha. At that time, I thought I already knew what I needed to know to illustrate for kids. Not! Thank you SCBWI for all the learning opportunities and for creating such a fantastic way to gather with my people.