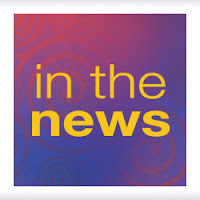 Fridays on the SCBWI blog, I share snippets of and links to some of the publishing/media-related news I've read during the last week that I found interesting, helpful, and/or fun.
This week's news includes a new YA imprint at Whitman, essays on boys reading and diet books for little girls, new words in Webster and the OED, a favorite piece on Steve Jobs (who, you may have heard, is stepping down), KidLit Con and Borders-related charity, and more.


Albert Whitman Takes on Teens with New Imprint (PW)
Founded in 1919, Albert Whitman publishes a range of children’s books, including board books, picture books, and middle-grade fiction, notably Gertrude Chandler Warner’s The Boxcar Children Mysteries and The Boxcar Children Graphic Novels. With last month’s launch of Albert Whitman Teen, the Chicagoland publisher has expanded its offerings to include young-adult books. The inaugural releases are Guantanamo Boy by Anna Perera, a novel set six months after 9/11 that centers on a teen who finds himself incarcerated as an “enemy combatant”; and Michael Ford’s The Poisoned House, a ghost story that takes place in Victorian London. Guantanamo Boy was selected for the ABA’s summer 2011 Kids’ Indie Next List.

Children's Store to Open in Katonah, N.Y.  (PW)
Borders’s loss is proving to be indies’ gain. With the closing of a Borders in Mt. Kisco, Jennifer Cook, owner of NoKa Joe’s in Katonah, N.Y., has decided to take the plunge and turn the 650 sq. ft. second floor into a children’s specialty bookstore in October.

Was Steve Jobs really Apple’s editor-in-chief? (The Cutline)
For those who've followed Apple, casually or compulsively, Steve Job's resignation as chief executive on Wednesday was not unexpected. But the announcement was nonetheless met with a mixture of shock and sadness.

Boys and Reading: Is There Any Hope? (NY Times)
At an American Library Association conference in 2007, HarperCollins dressed five of its male young adult authors in blue baseball jerseys with our names on the back and sent us up to bat in a panel entitled “In the Clubhouse.” We were meant to demystify to the overwhelmingly female audience the testosterone code that would get teenage boys reading. Whereas boys used to lag behind girls in reading in the early grades, statistics show, they soon caught up. Not anymore.

Do Little Girls Need Diet Books? (Salon)
It's the kind of aspirational image familiar from women's magazines and yogurt ads--a frumpy girl standing before the mirror, holding up the outfit she longs to fit into, dreaming of the smiling, slim version of herself waiting on the other side. But this isn't some Slim-Fast pitch or another Bikini Body by Friday! morning show segment. It's the cover of a children's book.

GoodReads Launches New iPad App (eBook Newser)
The online book community GoodReads has just made it a little easier for you to share your book interests with other fans. GoodReads uploaded a new version of its app to iTunes a few days ago and it finally supports the iPad.

New Words in Merriam-Webster Dictionary Include 'Tweet,' 'Fist Bump' (CNS News)
Merriam-Webster Inc. has added dozens of entries to the latest edition of its Collegiate Dictionary. Here are some, along with the year in which Merriam-Webster researchers first found them used in an English-language publication, and their meanings:

Retweet & Sexting Are Now Words In Oxford English Dictionary (Mashable)
The Concise Oxford English Dictionary has added 400 words to its dictionary, including retweet, woot, sexting and cyberbullying. The 12th edition of the dictionary is a recognition that modern technology and social media have greatly impacted the English language. Retweet, the act of resharing a message on Twitter, is our favorite addition, though sexting and woot are a close second and third.

new Study Reveals Kids Who Read More are Better Readers (eBook Newser)
he UK based National Literacy Trust has recently released a the results of a study. After testing over 18 thousand children in the UK, the Trust concluded that the ones who read more books each month were also better readers.
KidLit Con Partners with RIF (GalleyCat)
KidLit Con has launched a fundraising partnership with Reading is Fundamental (RIF).
Earlier this year, we reported that the federal budget for RIF has been reduced. With the new partnership, readers can donate to the childhood literacy program in the name of KidLit Con. Follow this link for more details about how to make a donation.

Mementos of Borders, for Charity (Shelf Awareness) [scroll down]
Just in case you had a particular bond with your local branch of Borders, here's an opportunity to gain a souvenir of the fast-fading bookstore chain and do some good, too.
Posted by SCBWI at 2:16 PM

Alice, these are great. And that self published book about a young girl's diet was really disturbing!

"According to information from Duke University, almost 40 percent of American girls ages 9 and 10 are now or have been on a diet."