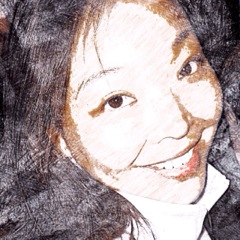 One of two winners of this 2014 Award, I contacted Heidi Kim to find out more...

Heidi: Thank you so much, Lee. I still can’t believe it. When SCBWI called to tell me, I actually didn’t answer the phone since I didn’t recognize the number! It was a while later that I listened to the voicemail and discovered it was from Stephen Mooser. I listened to it three times because he had said, “Congratulations! You’ve won..” without saying my name. I convinced myself that he had called the wrong number. When I finally called Stephen back and spoke to him, well, let’s just say there was some vigorous touchdown-celebration-dancing behind my best professional phone voice. I think it was a full hour before I stopped trembling.

Lee: Awww! You won for your young adult novel "The Certainty of Tides." Tell us about that project.

Heidi: “The Certainty of Tides” is a young adult novel about Magdalyn Ro, a seventeen-year-old who is living with end-stage renal disease. Placed on the kidney transplant list, Maddie learns that there are fewer Koreans and people of color who donate, affecting her prospects for a good match. Her future is in question, and Maddie wants to be living, not just alive. By her side Maddie has her closest friend since childhood, Sabine. As Maddie struggles to define her life outside of her illness, her friendships with Sabine, Abel, and Grace are tested and evolve. I would say that this is a story about living, about enduring friendship, profound love, and unpredictable life.

While working on this project, one of the biggest challenges has been trying to tell a story where culture and class are not the main conflict, but both greatly affect the main character’s emotional and physical journey. It was my intent to weave the cultural elements into the story in a way that makes Maddie’s world accessible and relatable to mainstream readers.

Lee: Can you share about your journey so far in children's literature?

Heidi: My aunt was a children’s librarian who fostered my love for children’s literature. Libraries and bookstores were my babysitters. I had always wanted to write for children, but my hard-working immigrant parents had sacrificed everything to give me a good education that would lead to a stable career. Deep gratitude and obligation led me to the corporate world. Writing for children seemed like a dream I would have to postpone to a later, more practical time. It was actually SCBWI that started me on this journey. I found out about the organization and joined in 2009. Meeting so many people (at my first LA conference) who shared this same passion and hearing authors and illustrators I had grown up admiring — it all stirred something in me. Soon after that I experienced an unexpected illness, and I came to realize that there was no better time to chase my dreams. I joined a critique group and took classes at local universities. Eventually I was able to devote myself to the craft and completed an MFA in Writing for Children and Young Adults at Vermont College of Fine Arts. I poured myself into learning about writing picture books, middle-grade and young adult novels, but “The Certainty of Tides” is the first young adult manuscript I completed. It means so much to me to come full circle and receive recognition for it from SCBWI.

Lee: Part of your prize for winning the award is an all-expense paid trip to the SCBWI Summer Conference in Los Angeles, where you'll have "several private meetings with editors and other industry professionals." What are your hopes/plans for the conference?

Heidi: Isn’t it wonderful? It’s all thanks to SCBWI and the generosity of Martin and Sue Schmitt. I’m really excited. I would love to meet more people who are passionate about the same things as I am, in particular those who are excited about books that feature under-represented characters and who see a long-term place for these stories on the mainstream bookshelf. With the grassroots push for more diversity in children’s literature, all of this is happening during a time of momentum. As for specific plans, I’m really looking forward to meeting Sue Schmitt, Adria Quinones, and previous Emerging Voices recipients at the conference. From what I have seen so far, children’s book writers and illustrators are creative, hard-working, and earnest people. I just hope to get to know more of them, more personally. If I am fortunate enough to meet anyone who is interested in my manuscript or my writing, that would just be an added bonus.

Lee: What’s the best piece of advice you've gotten about writing for young people that you'd like to share?

Heidi: Hold onto the love of writing, the things about it that make you feel that happy-dance kind of jubilee. Gather those moments where you feel joy — independent of any external validation — and hoard them because this writing journey can have some long winters. Write every day so that you will keep giving yourself the chance to re-discover what you love about writing and then, keep going, keep going.

Thank you, Heidi! We wish you much success on the adventure ahead!


Established by SCBWI and funded by Martin and Sue Schmitt, the On-The-Verge Emerging Voices Award is given to two writers or illustrators who are from ethnic and/or cultural backgrounds that are traditionally under-represented in children's literature in America and who have a ready-to-submit complete work for children.

You can find out more about the award here.

And you can learn more about Heidi here.

Congratulations, and what a lovely interview, Heidi! I look forward to meeting you, too.