The National Book Foundation announced yesterday it's "longlist" - the ten books it's considering for this year's National Book Award for Young People's Literature. For the past five years, Hayley Kincaid and her father, Andy, have been on the road, never staying long in one place as he struggles to escape the demons that have tortured him since his return from Iraq. Now they are back in the town where he grew up so Hayley can attend school. Perhaps, for the first time, Hayley can have a normal life, put aside her own painful memories, even have a relationship with Finn, the hot guy who obviously likes her but is hiding secrets of his own. Will being back home help Andy’s PTSD, or will his terrible memories drag him to the edge of hell, and drugs push him over? 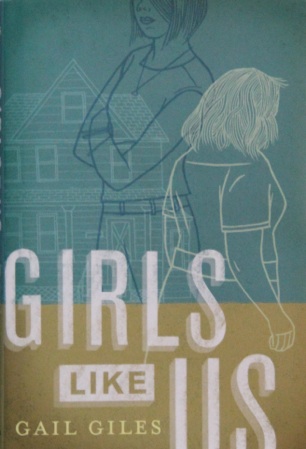 Quincy and Biddy are both graduates of their high school’s special ed program, but they couldn’t be more different: suspicious Quincy faces the world with her fists up, while gentle Biddy is frightened to step outside her front door. When they’re thrown together as roommates in the first “real world” apartments it initially seems like an uneasy fit. But as Biddy’s past resurfaces and Quincy faces something that on one should have to go through alone, the two of them realize that they might have more in common than they thought--and more important, that they might be able to help each other move forward, together. 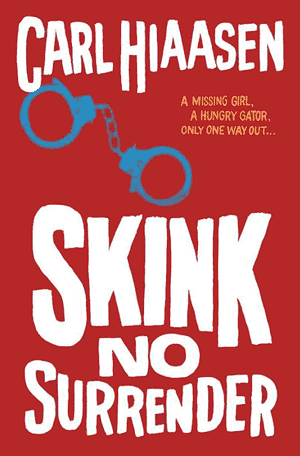 Classic Malley — to avoid being shipped off to boarding school, she takes off with some guy she met online. Poor Richard — he knows his cousin’s in trouble before she does. Wild Skink — he’s a ragged, one-eyed ex-governor of Florida, and enough of a renegade to think he can track Malley down. With Richard riding shotgun, the unlikely pair scour the state, undaunted by blinding storms, crazed pigs, flying bullets, and giant gators. 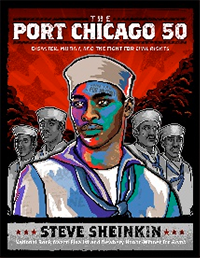 
A group of young African American sailors – many of them teenagers – are assigned to load ammunition at Port Chicago, a segregated naval base in California. But they are never trained to handle ammunition safely, and are constantly being rushed by their officers. When a terrifying disaster rocks the base, the men face the toughest decision of their lives: do they return to duty as ordered, or do they risk everything to take a stand against segregation in the military? 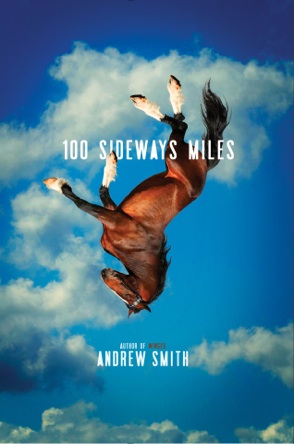 Finn Easton sees the world through miles instead of minutes. It’s how he makes sense of the world, and how he tries to convince himself that he’s a real boy and not just a character in his father’s bestselling cult-classic book. Finn has two things going for him: his best friend, the possibly-insane-but-definitely-excellent Cade Hernandez, and Julia Bishop, the first girl he’s ever loved. Then Julia moves away, and Finn is heartbroken. Feeling restless and trapped in the book, Finn embarks on a road trip with Cade to visit their college of choice in Oklahoma. When an unexpected accident happens and the boys become unlikely heroes, they take an eye-opening detour away from everything they thought they had planned—and learn how to write their own destiny. 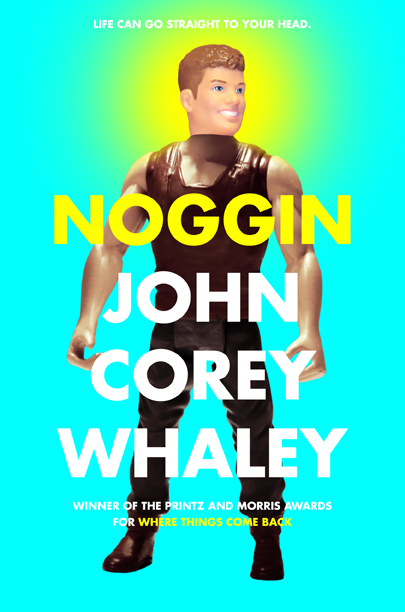 
Listen—Travis Coates was alive once and then he wasn’t. Now he's alive again. Simple as that. The in between part is still a little fuzzy, but he can tell you that, at some point or another, his head got chopped off and shoved into a freezer in Denver, Colorado. Five years later, it was reattached to some other guy’s body, and well, here he is. Despite all logic, he's still 16 and everything and everyone around him has changed. That includes his bedroom, his parents, his best friend, and his girlfriend. Or maybe she's not his girlfriend anymore? That's a bit fuzzy too. Looks like if the new Travis and the old Travis are ever going to find a way to exist together, then there are going to be a few more scars. Oh well, you only live twice. 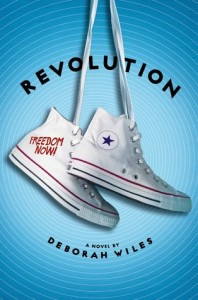 
It’s 1964, and Sunny’s town is being invaded. Or at least that’s what the adults of Greenwood, Mississippi are saying. All Sunny knows is that people from up north are coming to help people register to vote. They’re calling it Freedom Summer. Meanwhile, Sunny can’t help but feel like her house is being invaded, too. She has a new stepmother, a new brother, and a new sister crowding her life, giving her little room to breathe. And things get even trickier when Sunny and her brother are caught sneaking into the local swimming pool — where they bump into a mystery boy whose life is going to become tangled up in theirs. 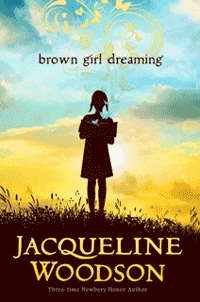 
Raised in South Carolina and New York, Woodson always felt halfway home in each place. In vivid poems, she shares what it was like to grow up as an African American in the 1960s and 1970s, living with the remnants of Jim Crow and her growing awareness of the Civil Rights movement. Touching and powerful, each poem is both accessible and emotionally charged, each line a glimpse into a child’s soul as she searches for her place in the world. Woodson’s eloquent poetry also reflects the joy of finding her voice through writing stories, despite the fact that she struggled with reading as a child. Her love of stories inspired her and stayed with her, creating the first sparks of the gifted writer she was to become. 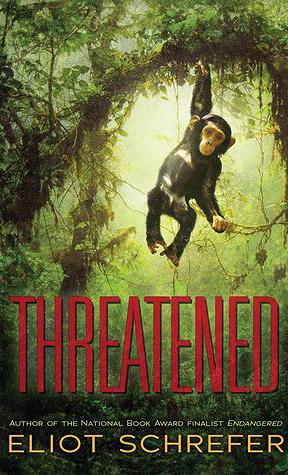 
Into the jungle. Into the wild. Into harm's way. When he was a boy, Luc's mother would warn him about the "mock men" living in the trees by their home -- chimpanzees whose cries would fill the night. Luc is older now, his mother gone. He lives in a house of mistreated orphans, barely getting by. Then a man calling himself Prof comes to town with a mysterious mission. When Luc tries to rob him, the man isn't mad. Instead, he offers Luc a job. Together, Luc and Prof head into the rough, dangerous jungle in order to study the elusive chimpanzees. There, Luc finally finds a new family -- and must act when that family comes under attack. 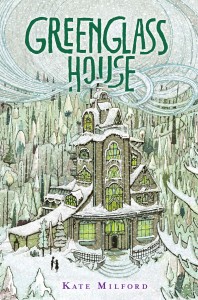 
A rambling old smuggler's inn, a strange map, an attic packed with treasures, squabbling guests, theft, friendship, and an unusual haunting mark this smart mystery in the tradition of the Mysterious Benedict Society books.