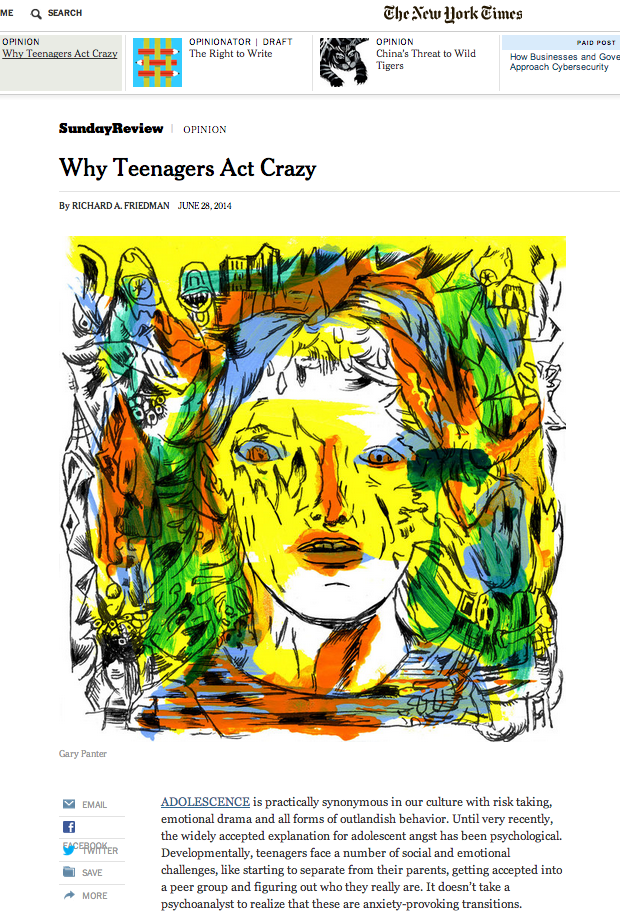 I learned a few years ago that adolescent brains don't finish developing until the age of 25.

Taking that one step further in this great opinion piece in the New York Times, Richard A. Friedman explains that

"Different regions and circuits of the brain mature at very different rates. It turns out that the brain circuit for processing fear — the amygdala — is precocious and develops way ahead of the prefrontal cortex, the seat of reasoning and executive control. This means that adolescents have a brain that is wired with an enhanced capacity for fear and anxiety, but is relatively underdeveloped when it comes to calm reasoning."


Add to that his explanation that

"the brain’s reward center, just like its fear circuit, matures earlier than the prefrontal cortex."


and that the reward center "drives much of teenagers’ risky behavior"

and you have a recipe for the drama of being a teenager.

It can also be a wellspring of inspiration and insight as we write and illustrate for teens!