Would you take one of your characters and put them out on social media saying who they would vote for?

In a recent message for Authors and Illustrators for Children, Gail Carson Levine, author of Ella Enchanted, did just that.


“Some of you may have seen my "Ella Would Vote" piece on social media in 2018, which I am releasing again. If you haven't, the idea is that Ella of ELLA ENCHANTED, once she threw off the curse of obedience, would never fail to exercise her options, and she would always vote. I'd love it if all the writers and illustrators in AIC would write something for the characters they've created along the same lines of "___

And it's not just Gail! Dan Gutman joined in, posting: 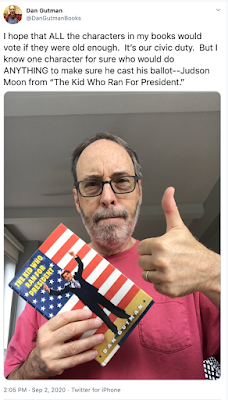 I hope that ALL the characters in my books would vote if they were old enough. It’s our civic duty. But I know one character for sure who would do ANYTHING to make sure he cast his ballot--Judson Moon from “The Kid Who Ran For President.” 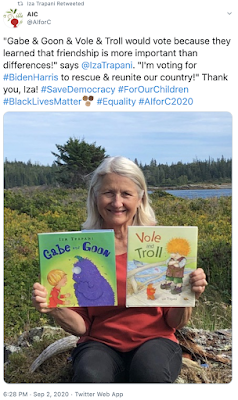 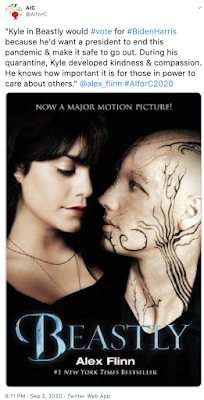 "Kyle in Beastly would #vote for #BidenHarris because he'd want a president to end this pandemic & make it safe to go out. During his quarantine, Kyle developed kindness & compassion. He knows how important it is for those in power to care about others." @alex_flinn #AIforC2020


What's Authors and Illustrators for Children? As they explain on their website,

WE ARE OVER 1,000 AUTHORS & ILLUSTRATORS
DEDICATED TO A FREE, TRUTHFUL, AND SAFE AMERICA FOR ALL CHILDREN.
Authors & Illustrators for Children (AIC) is an organization of children’s book creators and associates committed to vote, campaign, and speak out for candidates and policies to create a safe, healthy, and inspired future for children everywhere.

You can find out more by following the hashtag #AIforC2020 and at the organization's website, https://aiforc.org/